Although the construction of Hamburg’s new concert hall might have taken 7 more years before completion and might have cost ten times more than the initial budget, but with what we have on the ground it worth waiting for. 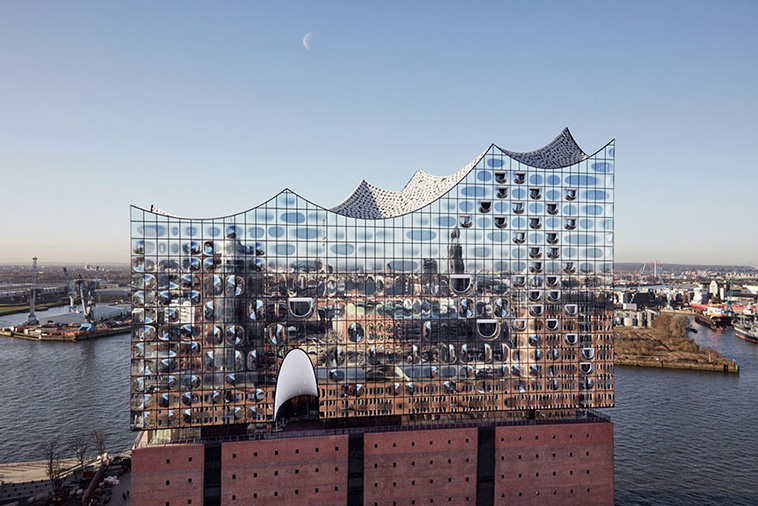 The hall which is called Elbphilharmonie can accommodate 2,100 individuals and a sum of $843 million was spent on the construction. 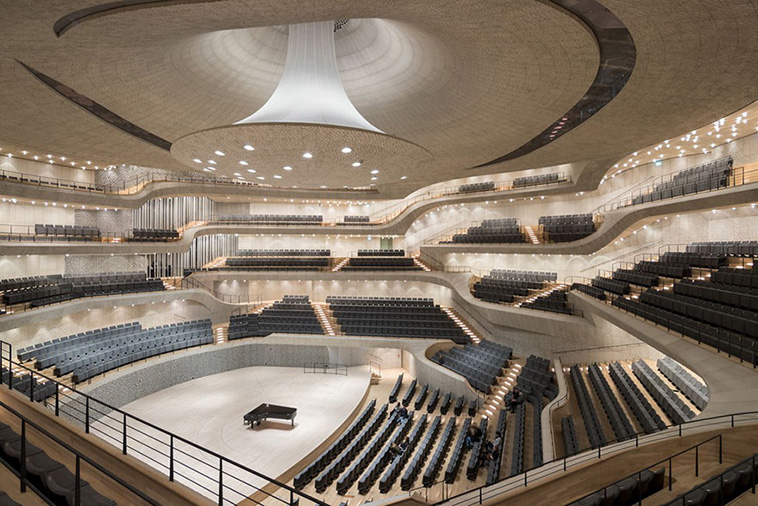 The hall was designed by Jacques Herzog and Pierre de Meuron who are both Swiss architecture and are known for designing the Tate Modern in London as well as the Olympic “Bird’s Nest” stadium which was located in Beijing. 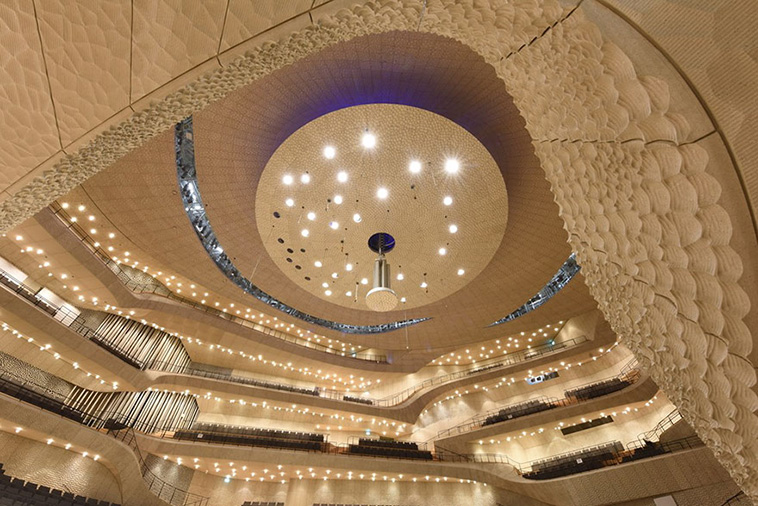 They collaborated with Japanese acoustician Yasuhisa Toyota, who is well known for the Suntory Hall in Tokyo and the Walt Disney Concert Hall in LA, and they both utilize algorithms to create the auditorium’s 10,000 unique acoustic panels. 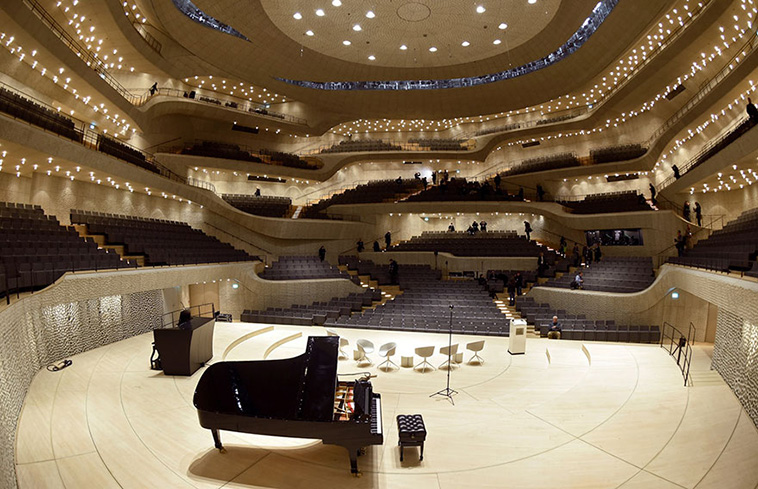 Each of the panel is made from gypsum fiber and contains a million cells which line the walls, ceilings as well as balustrades of the central auditorium. 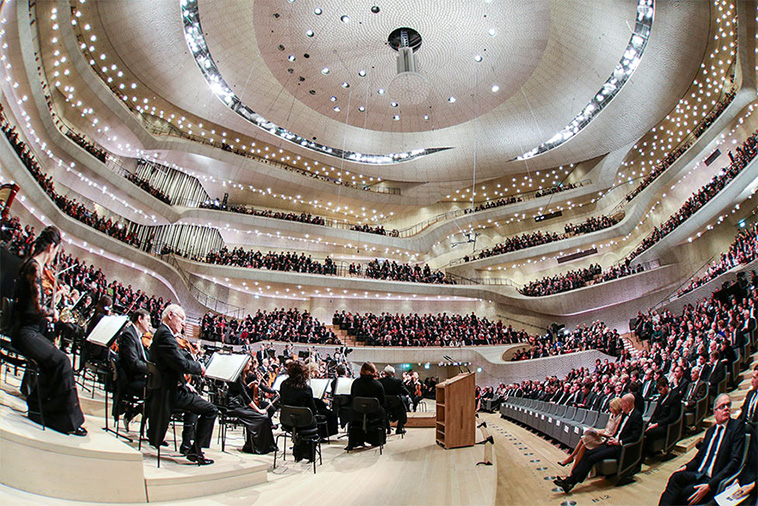 Whenever sound waves hit these panels, the “cells” aids the shaping of the sound by absorbing the sound wave or making them reverberate throughout the hall. 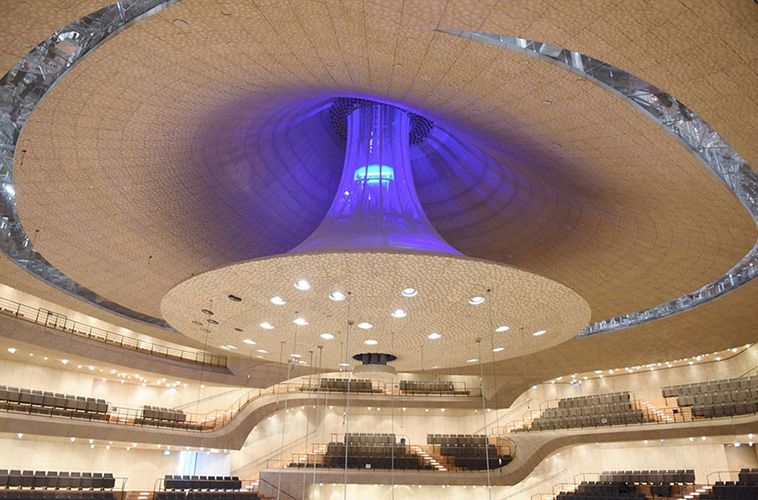 Although different panel scatters or absorb the sound wave in a different manner. However, they can create a balanced sound that would be heard from every part of the auditorium altogether. 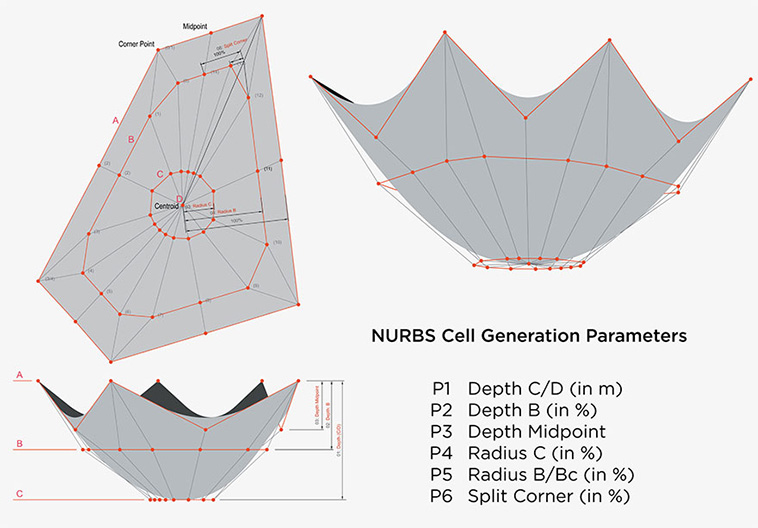 The outstanding audio engineering is complemented by an amazing façade, and is the tallest building in the town. 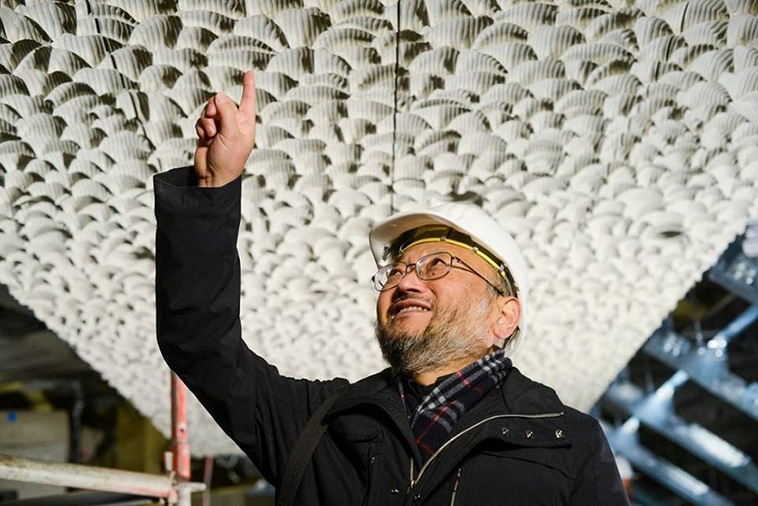 The roof was designed to imitate the shape of the waves and is also covered with giant sequins; the building likewise has a thousand plate-glass panels that change color whenever there is light. 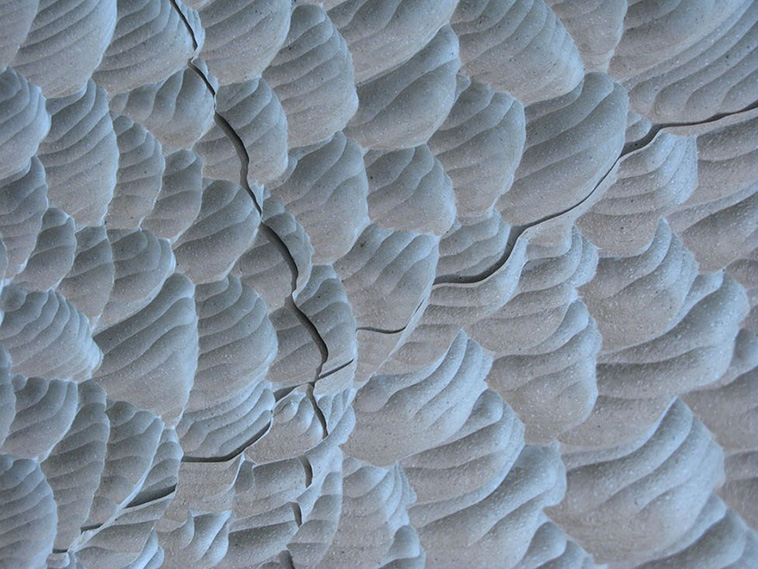 It’s a great testimony to both architecture and music in a city where Mendelssohn and Brahms were born. Would you love to listen to their performance in this amazing concert hall? 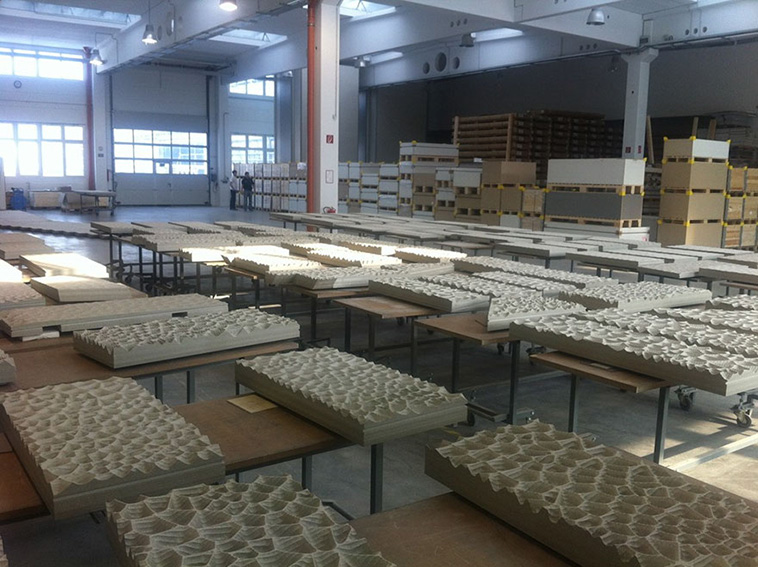 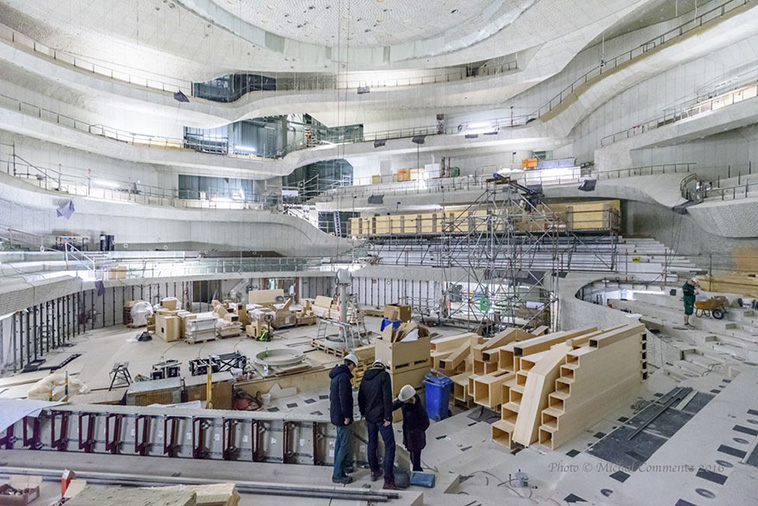 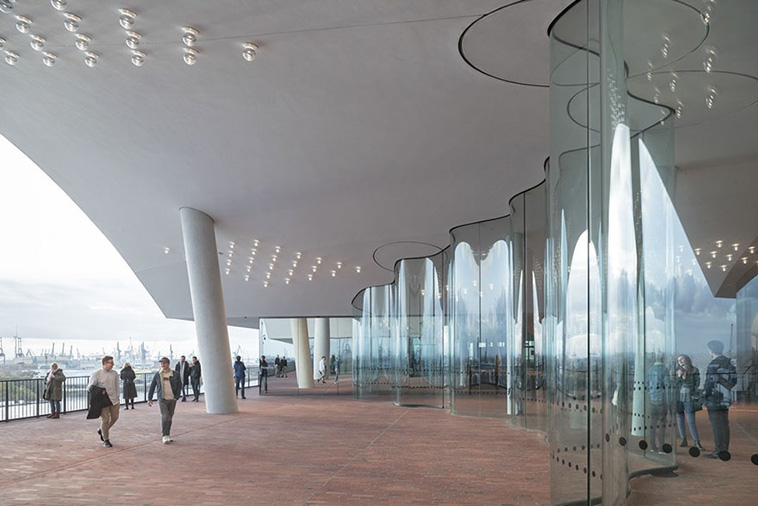 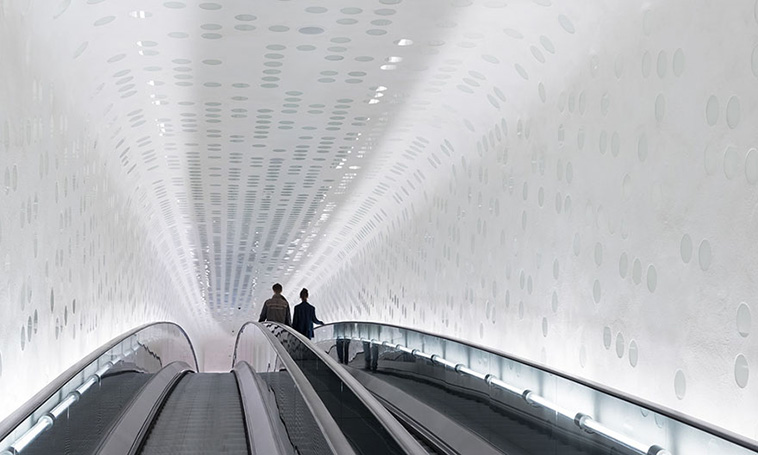 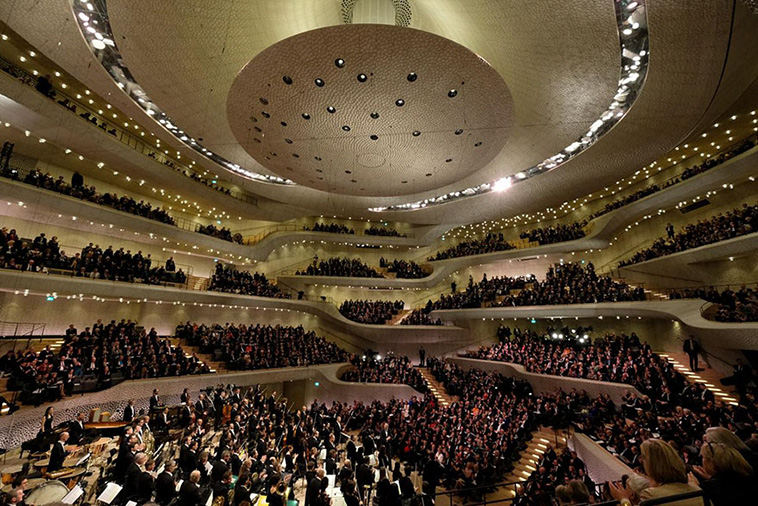 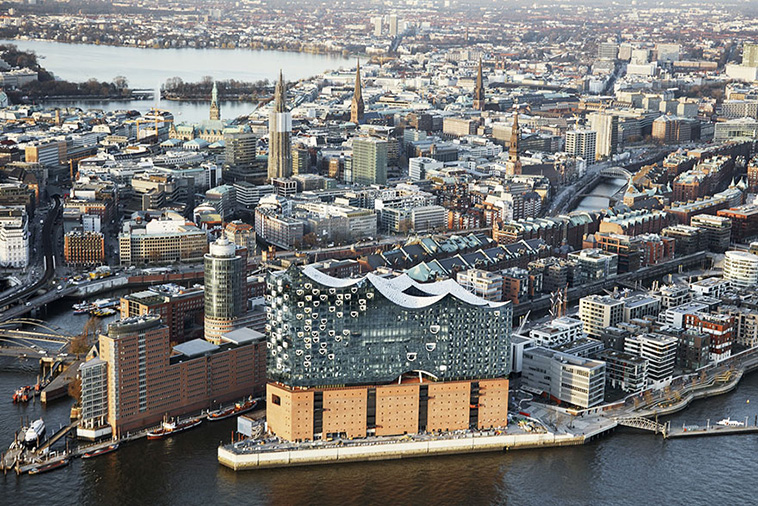