Nick Brandt has clicked some fascinating photos that have gone viral in no time. He has clicked the photos in Lake Natron, which is based in Africa. In a new book by Nick titled Across the Ravaged Land, the North Tanzanian lake appears to be a death trap, where birds and bats slam into its surface thinking of it to be a reflective nature, similar to that of water. However, it turns out to be a plate glass window.

The temperatures can reach as high as 60 F and due to the high soda and salt content in the water; the creatures are calcified and preserved in the lake. 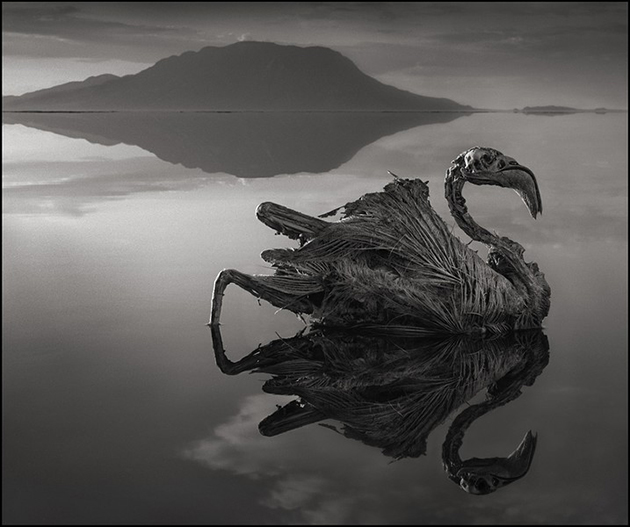 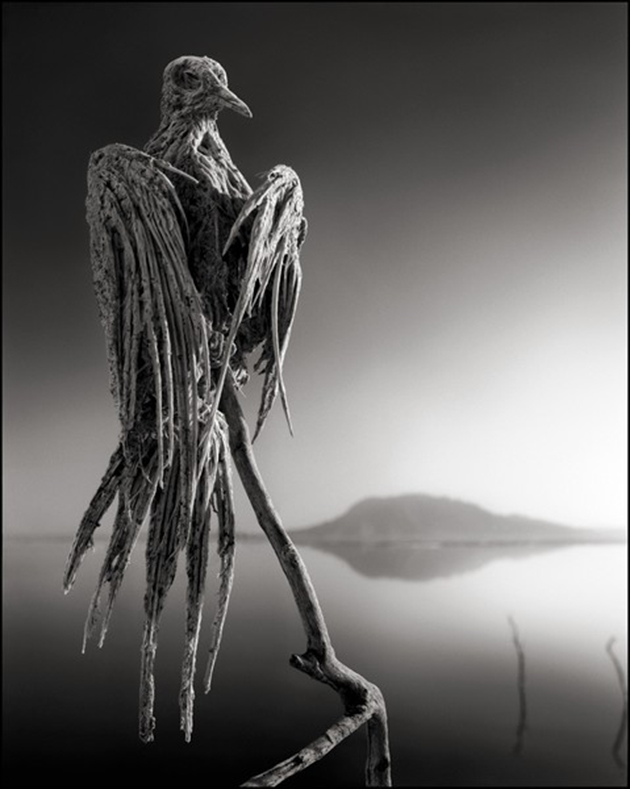 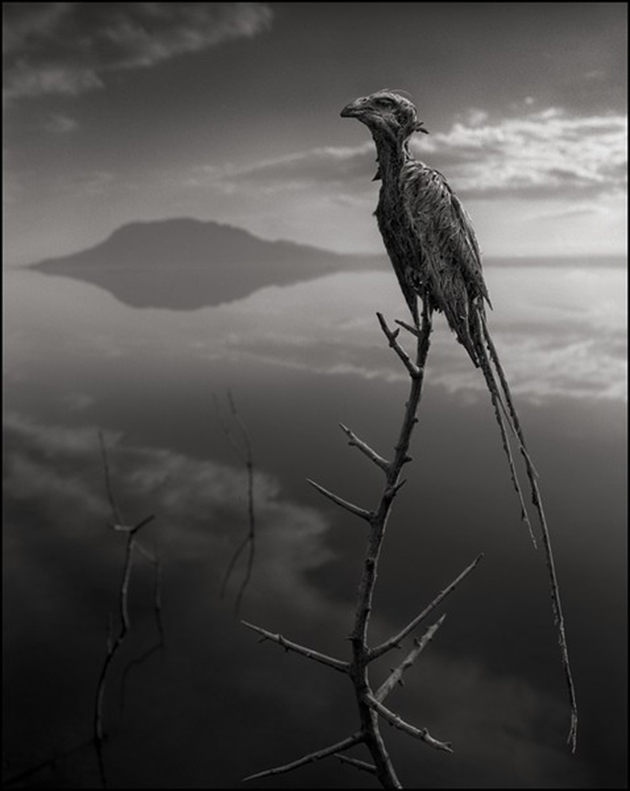 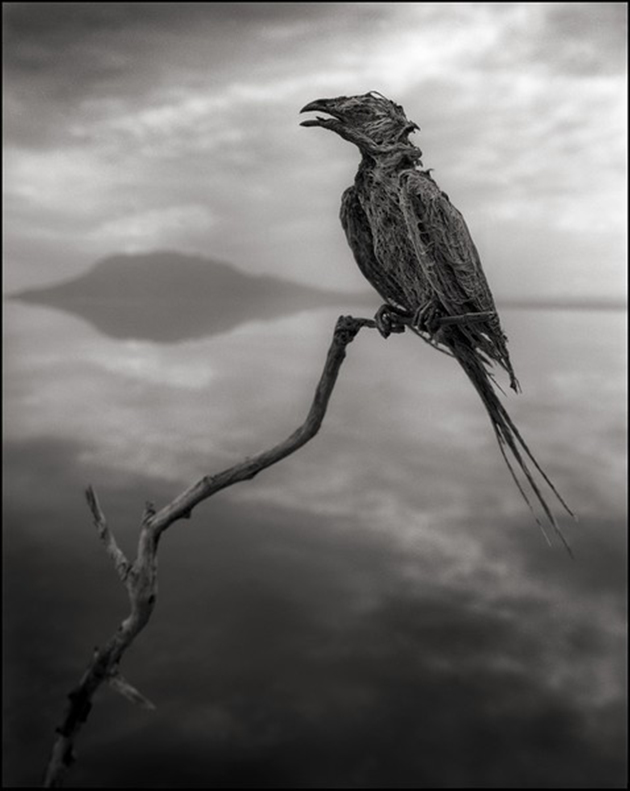 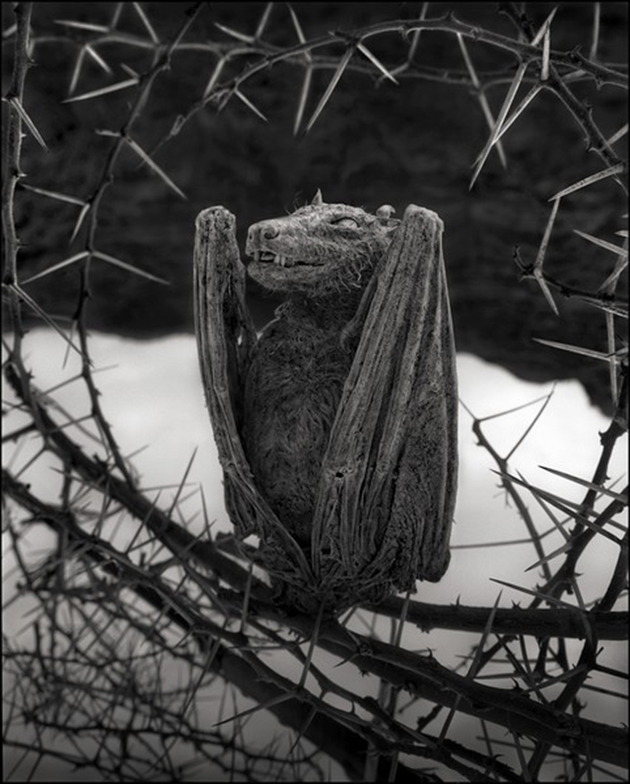