Meriah Jae’s sister adopted a sad and lonely pit bull from an animal shelter. Meriah was so proud and happy that her sister did this. 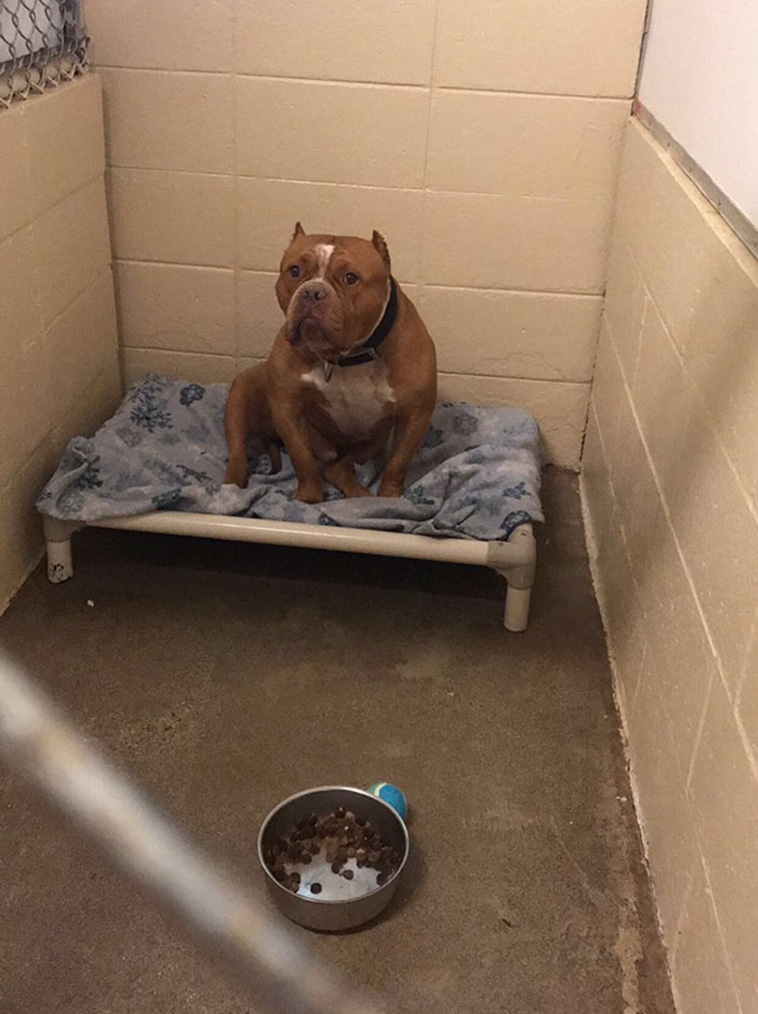 To express her joy over this, Meriah published a series of pictures on Twitter of this pit bull that her sister adopted. The message that Meriah wanted to convey is that you are not shopping for a new pet when you go to an animal shelter. Instead, you are adopting a new pet. 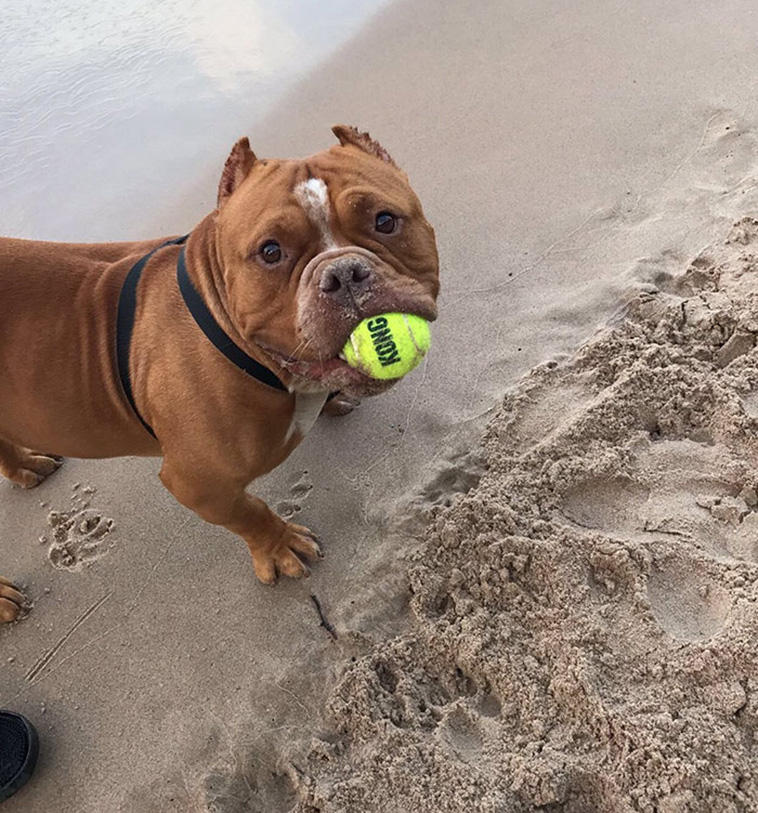 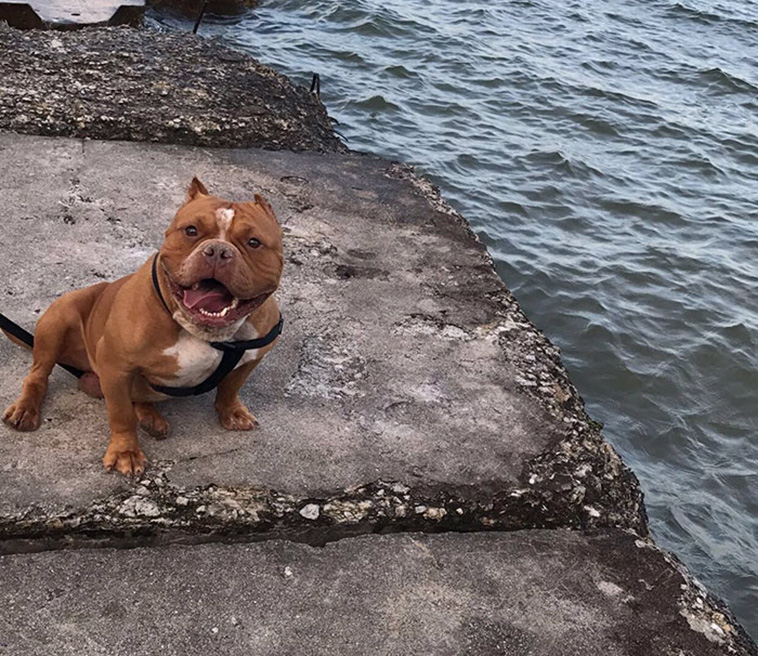 After the tweet was posted, it was retweeted more than 133,000 times and received over 345,000 “likes.” The best part was all the heartfelt comments left in reply to the tweet from people who are showing their support and happiness for the adoption.

The pictures that were posted show when the pit bull was still in the shelter and then they show the pit bull at home looking happy. Meriah’s sister named the dog, Charlie. Twitter has now become a way of encouraging people to adopt pets.

Which got other people to share the stories of their furry friends: 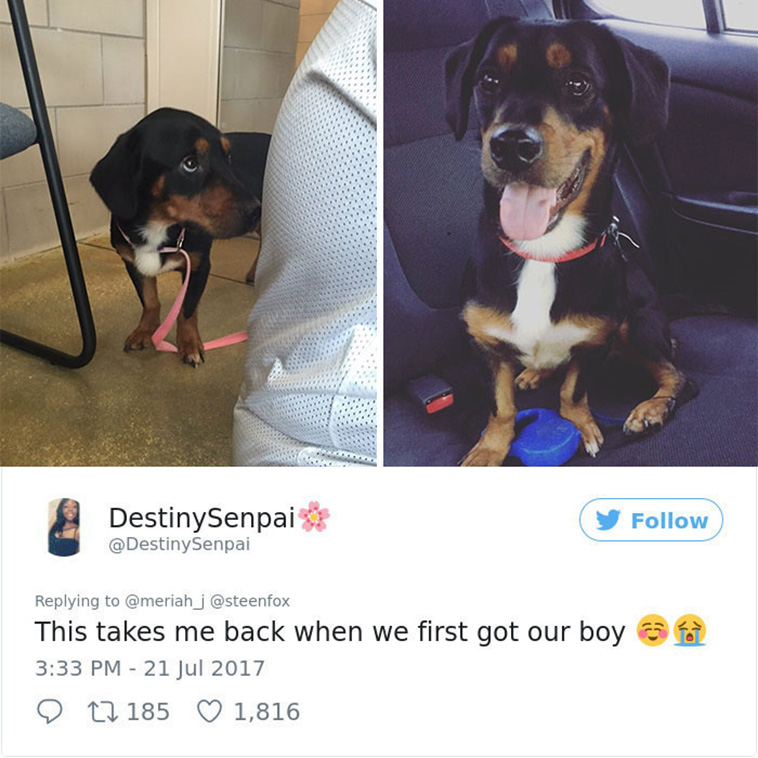 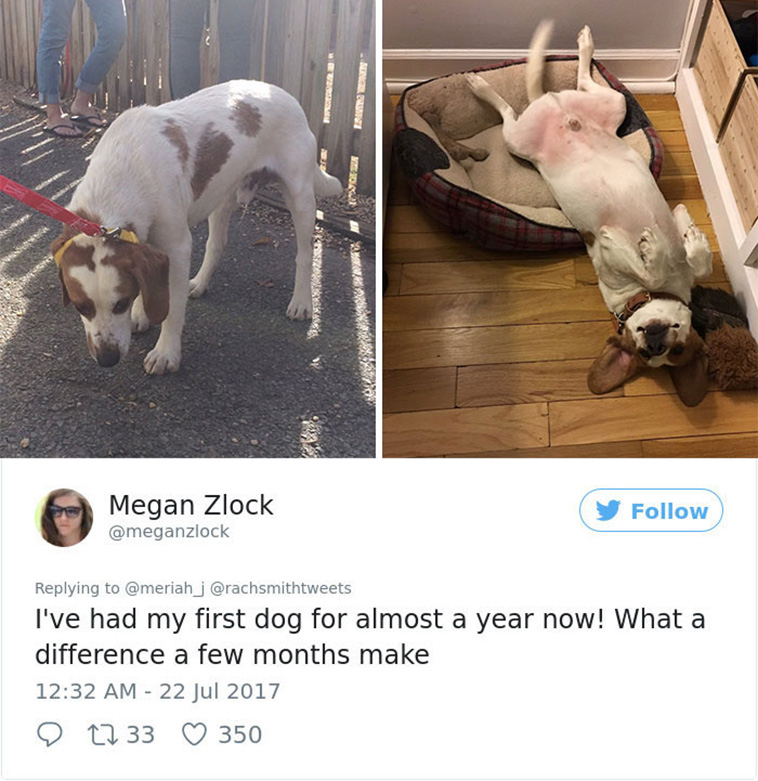 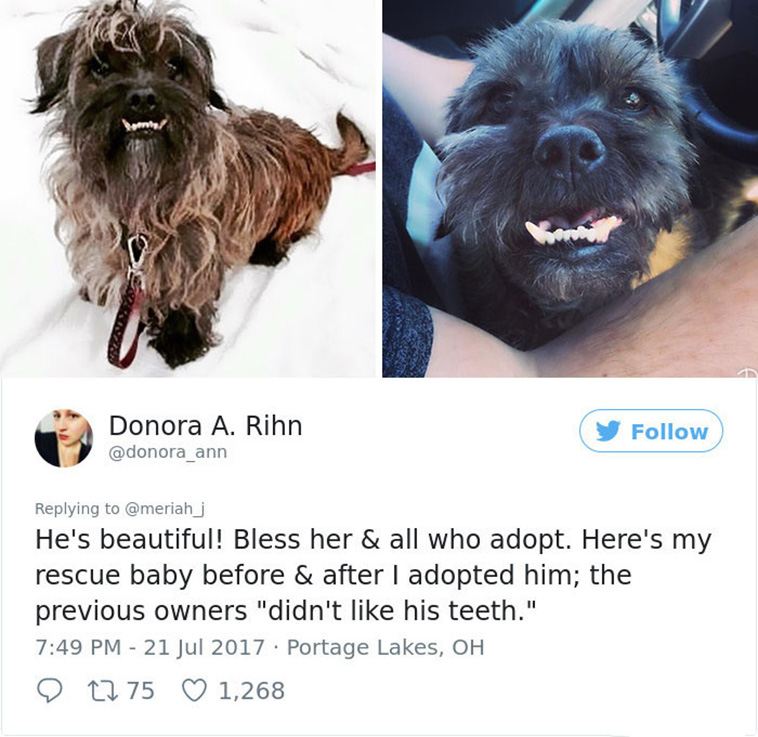