Pigs are commonly raised for commercial consumption. Its meat is known to make pork, bacon or hams. During the ancient times, pigs are being domesticated for livestock and pork is the most basic form of meat reaching about 38% meat production for human consumption worldwide. But not to the Canadian couple Derek Walter and Steve Jenkins who make a change to lots of people in the world when they have their pig Esther. 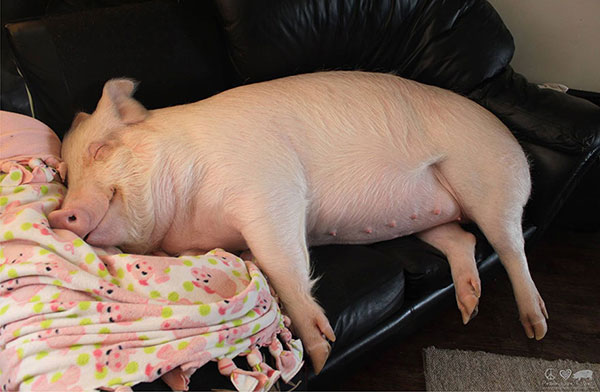 The Canadian couple bought a pig not to be their food but instead adopted the pig to be a part of their family and called the little piglet they adopted as Esther. The couple noticed that their adopted cute little pink piglet Esther has continuously grown and it took only two years to reach almost 670 pounds of weight and it shows that they’ve got a big pig more than what they have paid for. 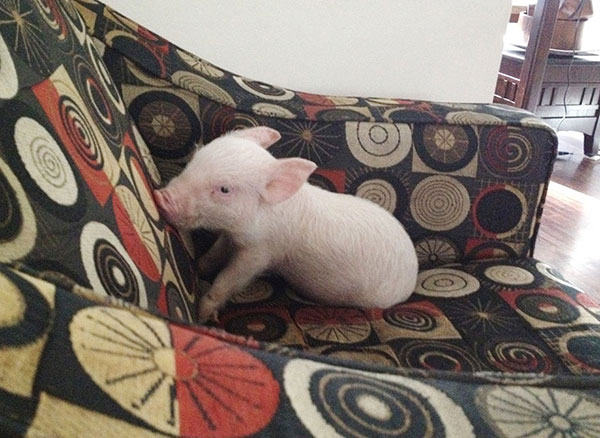 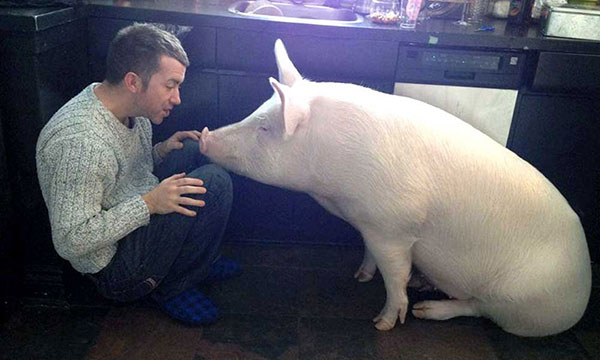 Later, it was discovered that the Canadian couple’s pig Esther was a commercial pig and not a pygmy pig, however since they already love Esther, they decided to continue their friendship. When the couple adopted the pig Esther, it was only 3-pounds because it was just like a tiny little pig. 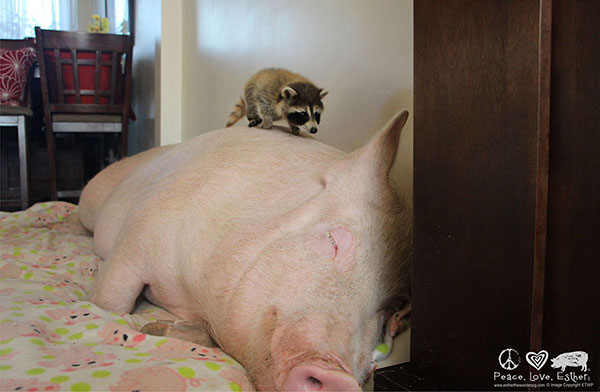 The Canadian couple Derek and Steve decided to be vegan, a type of people who do not think of eating animals. They also create an animal shelter for all types of animals. Even though the pig Esther became full-sized there is no way that the Canadian couple will give her up in such a way that they found happiness from Esther. Amazingly both the cat and dog has a cool relation with the giant pig Esther. 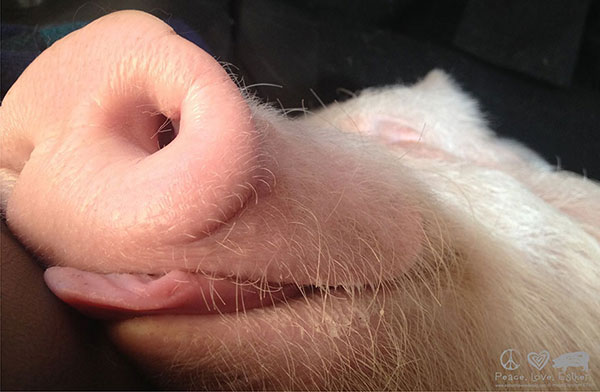 According to research pigs are known for its intelligence like other mammals such as apes and dolphins. The love of the Canadian couple to their adopted cute pig shows to the world that there is always be difference on the things that you planned for and may lead to life changing or beautiful ways. 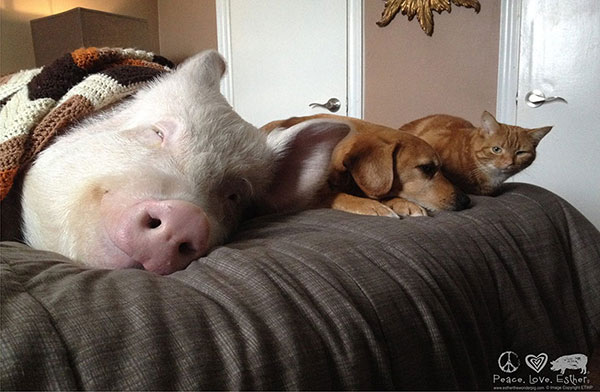 The couple was able to provide $4440, 225 dollar to start their animal shelter in Indiegogo so that they can continuously help more animals. 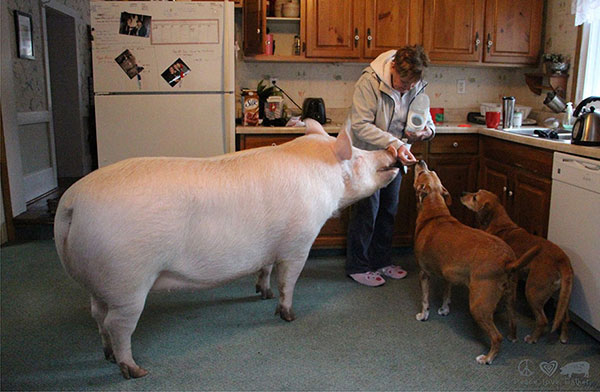