If you’re a traveler and are looking for a new and exciting place to visit this coming year, you might want to consider this large, bizarre object located near Magelang, Indonesia. This is a church that was constructed by a man in the 80s who believed that God had spoken to him and asked him to construct a Church in the shape of a dove. 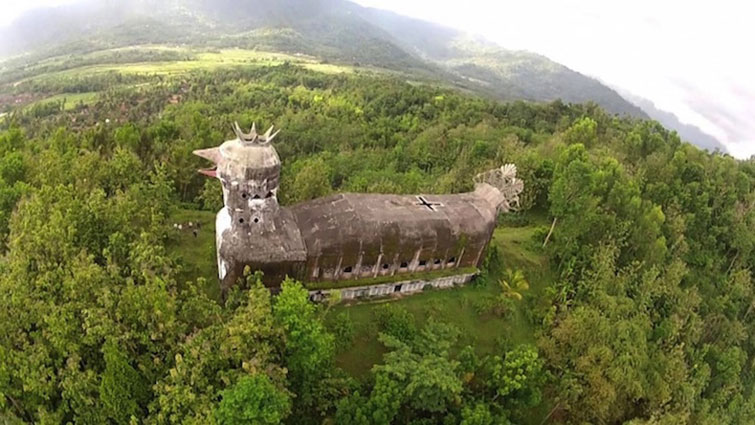 As the photos show, the construction came close in the resemblance. You can see the squawking of the beak and the tail feathers fanning out behind the chicken church. In its heyday, this church had two main levels that were used. The lower one was maintained for the mentally ill, those needing rehab, and disturbed children and adults. 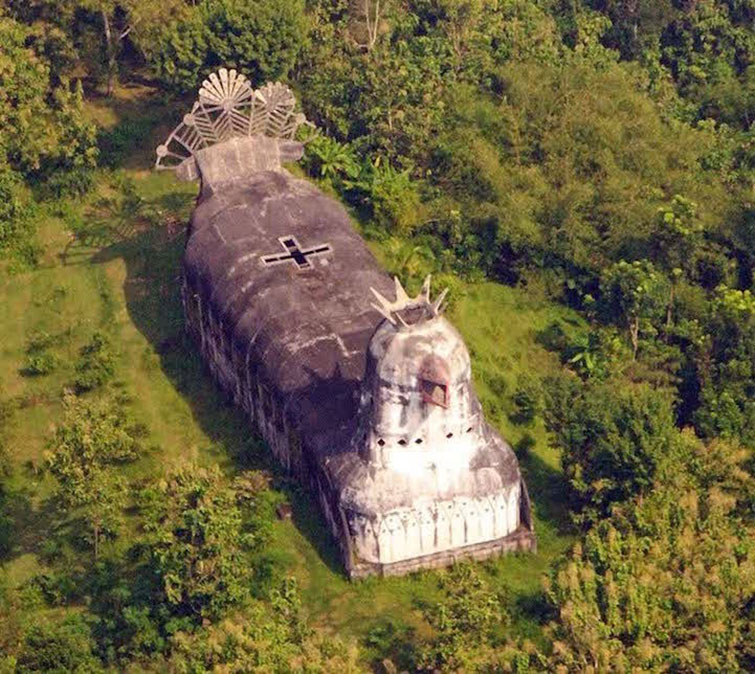 The upper one was used for prayer and services. The amazing part of this church was that it was open to all religions and many used it for their sacred places. 2000 saw its closure due to high construction costs.  As you can imagine, this is a large tourist attraction for many the photographer and it is frequented by thousands of people every year. The photos speak for themselves. 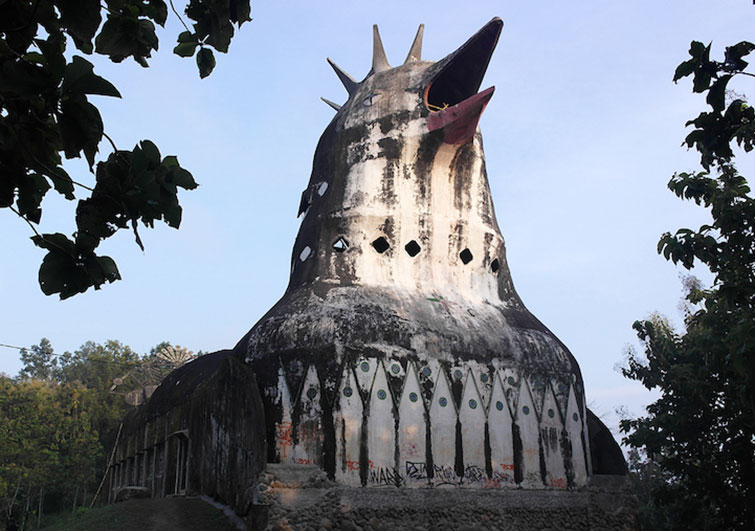 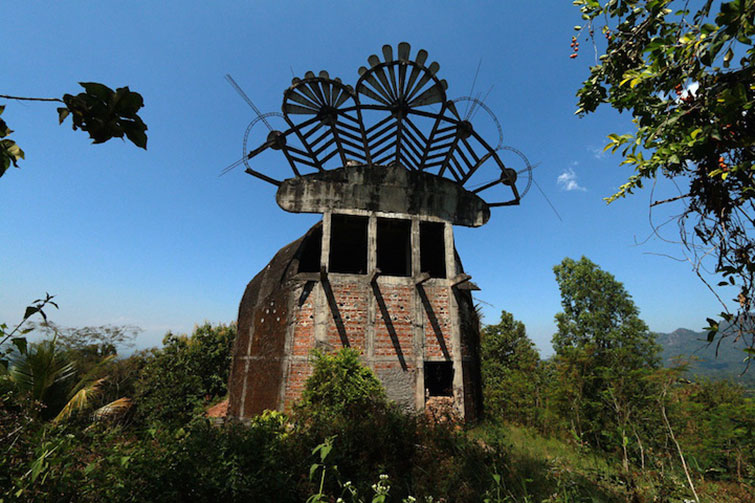 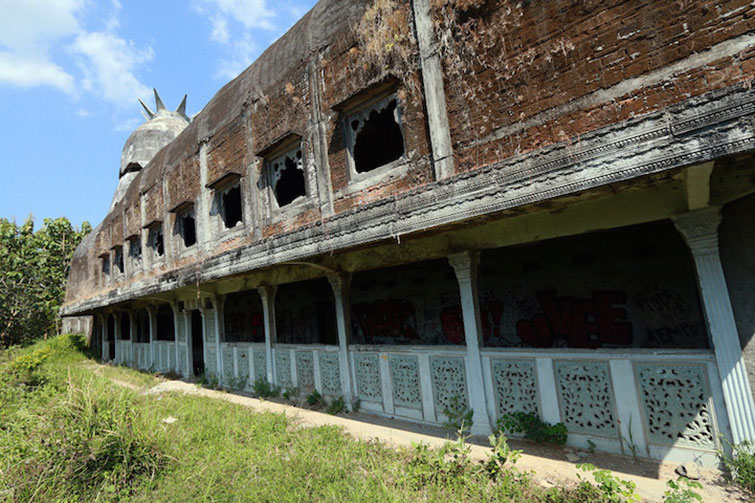 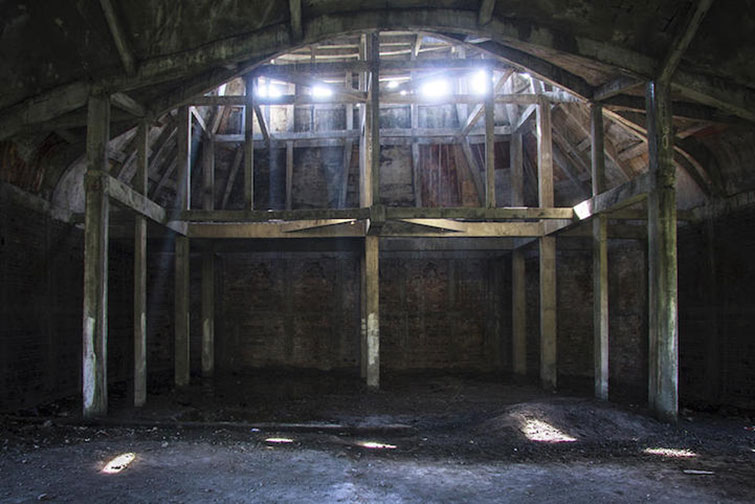 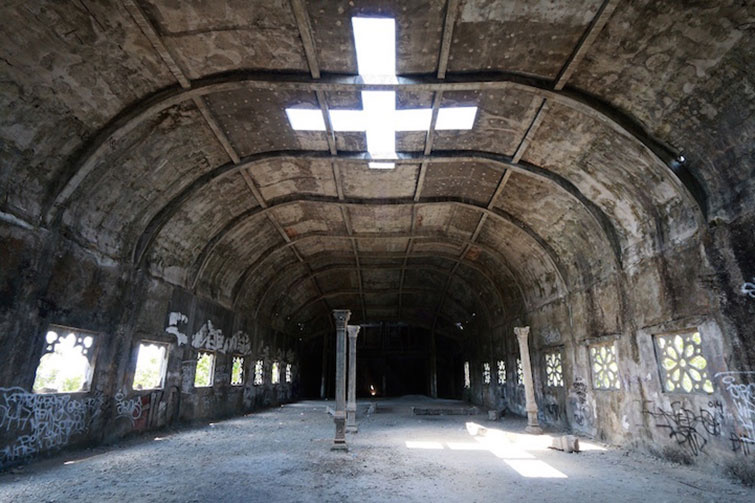 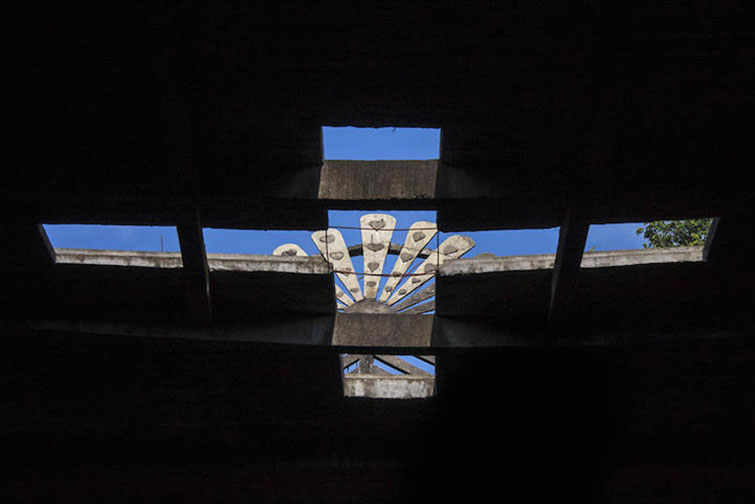 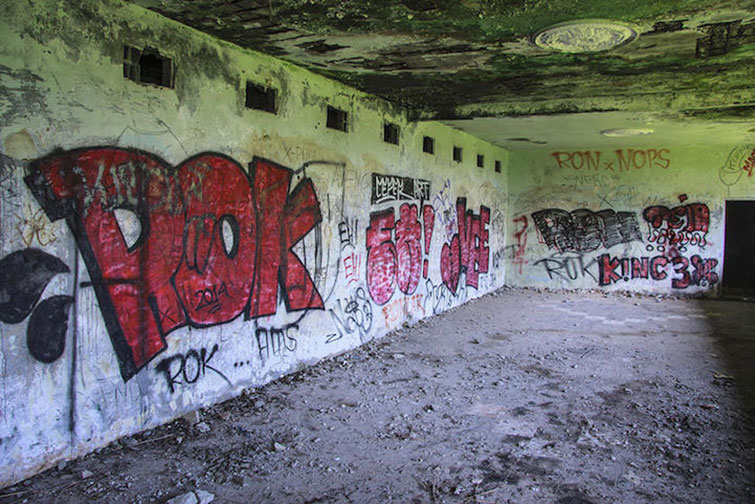 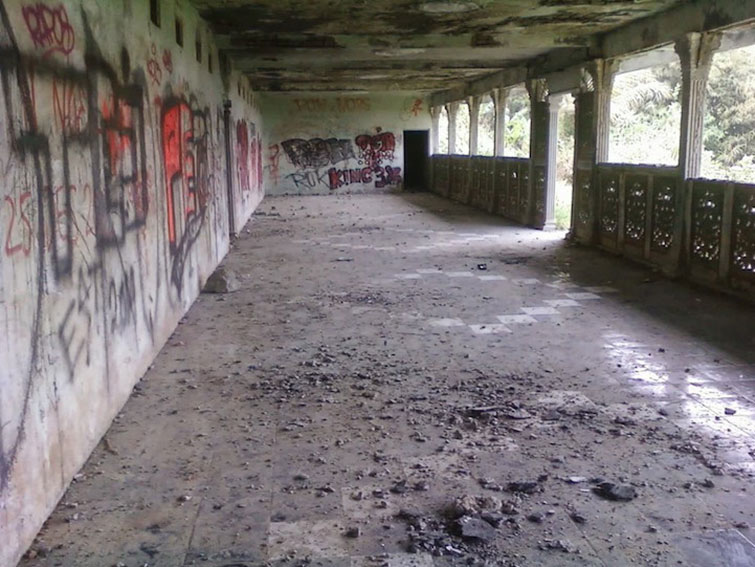 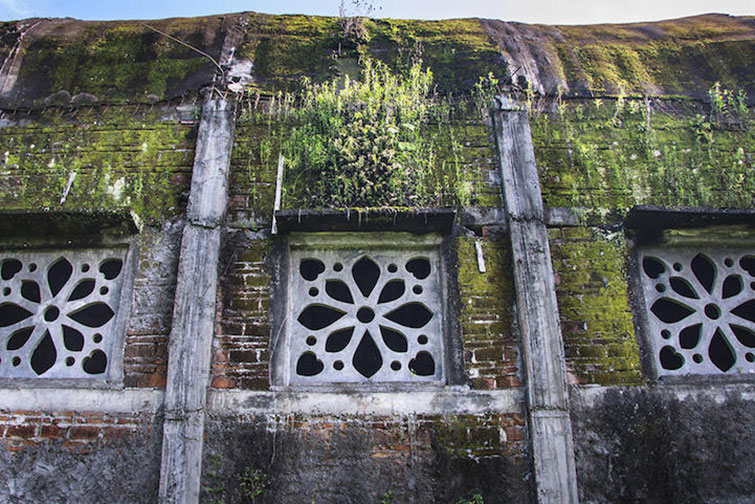 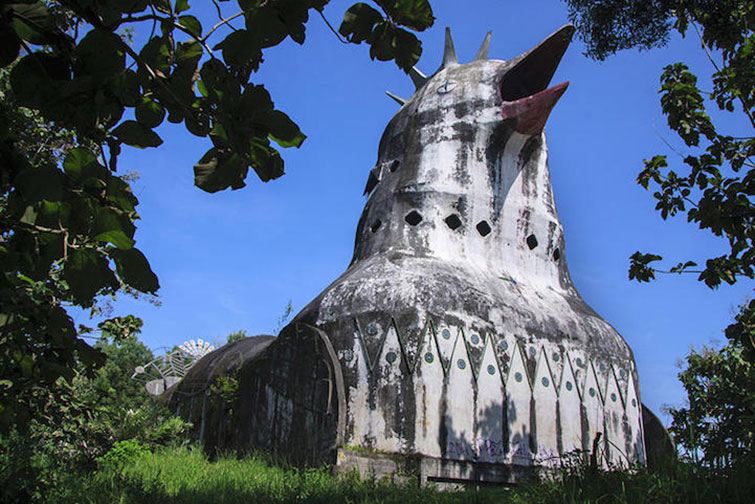