Qizai, a panda that was abandoned by its mother when it was 2 months old and being bullied by other animals, has now become a famous celebrity among animals.

In Chinese, Qizai stands for seventh son and it was neglected in its natural reserve located in Central China, as his mother abandoned him and took to the jungle.

Qizai has brown and white on its body unlike his mother, who had a normal color. This is mainly due to genetic mutation and he has emerged to be strong, now at seven years. Scientists are trying to find a mate for Qizai and when they study the appearance of the child, scientists can get to know more about the brown fur.

As of now, Qizai is having fun at the Foping Panda Valley; where he was bullied previously. Now, he has a personal caretaker, who wakes up at 6 AM and sleeps after Qizai, to ensure that he has had a good day!

Now, Qizai’s diet includes 44 pounds of bamboo daily and weights over 220 pounds. Although slower than a typical panda, he is too cute! 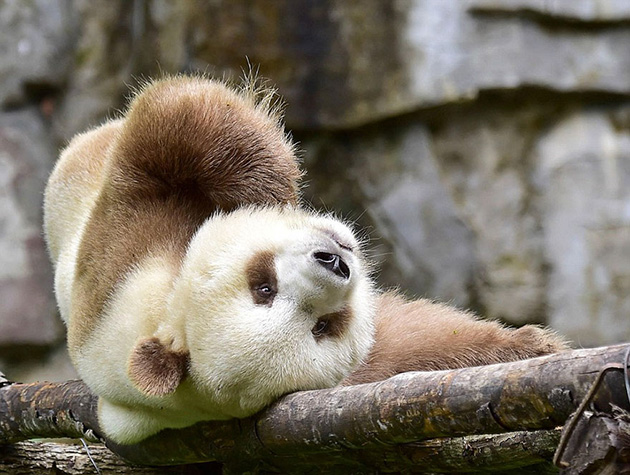 While he was 2 months old, he was abandoned by his mother and faced constant bullying. 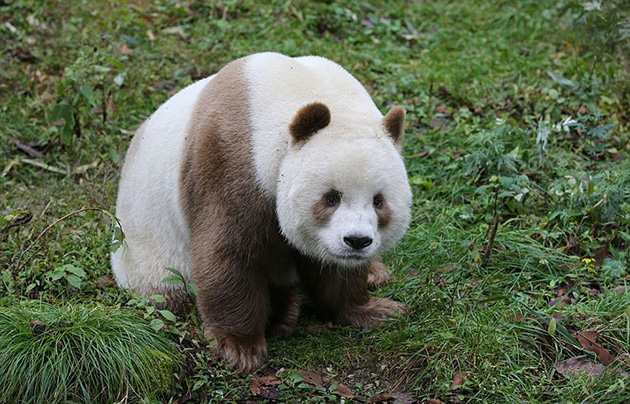 The orphaned Panda had a tough childhood, as other pandas used to steal his food. 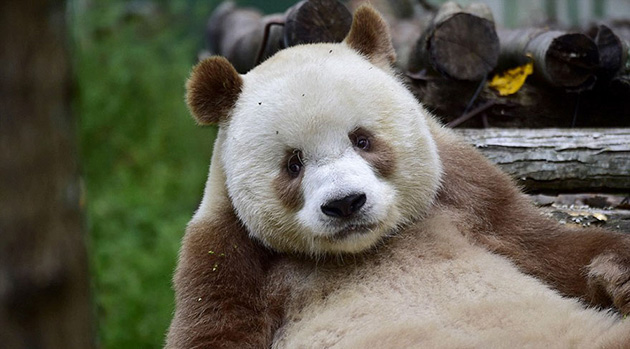 Qizai now has a good time and has become an animal celebrity. 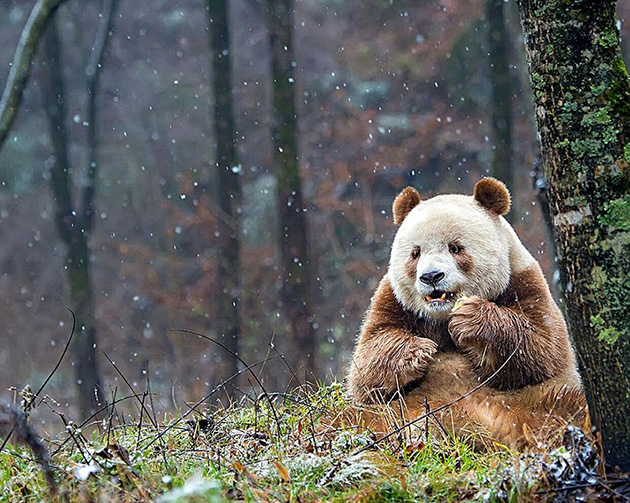 Qizai: The only brown panda in the world. 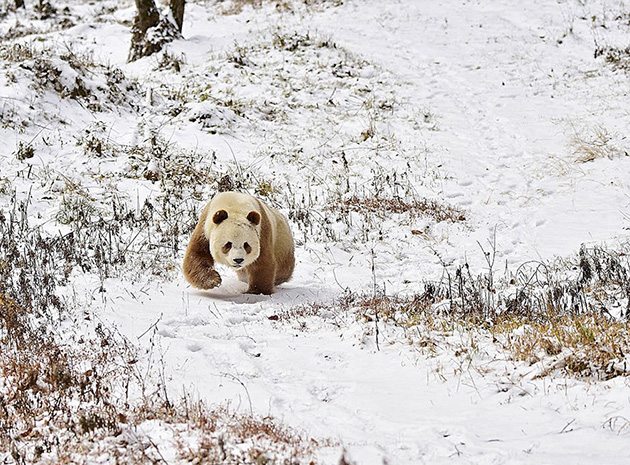 The reason for his brown and white color is mysterious. 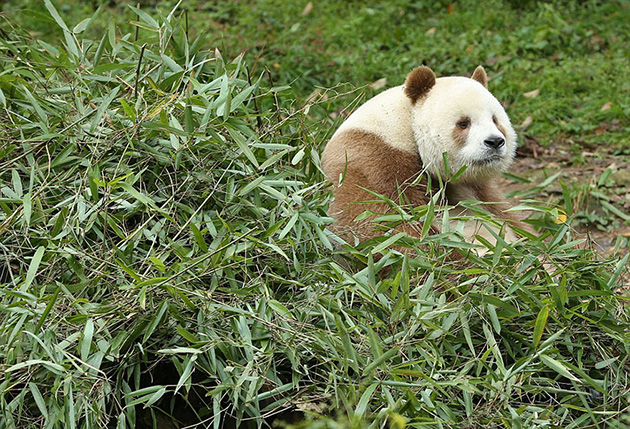 It is mostly due to genetic mutation. 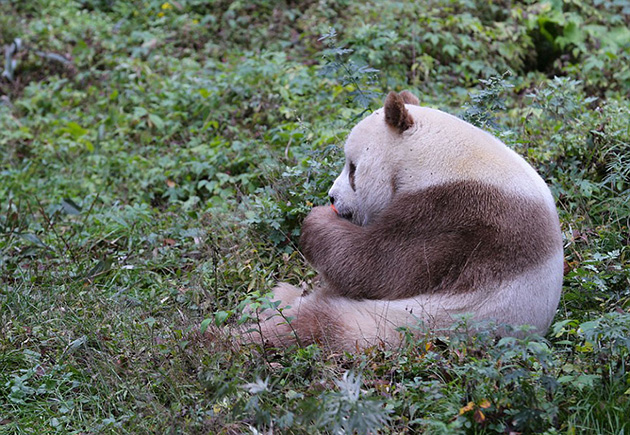 Scientists are planning to find a mate for the 7 year old, while he is chilling at Foping Panda Valley. 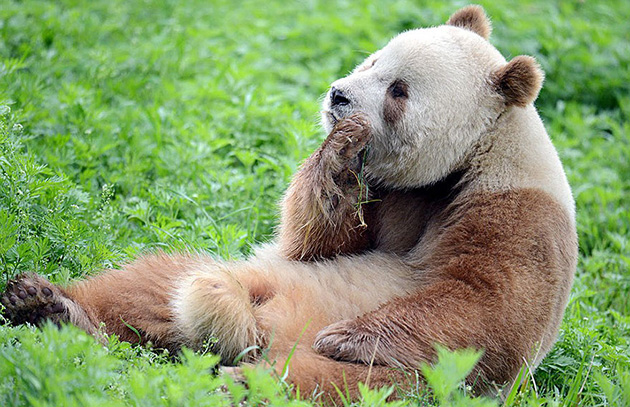 The personal caretaker for this panda ensures that the panda feeds on 44 pounds of bamboo daily. 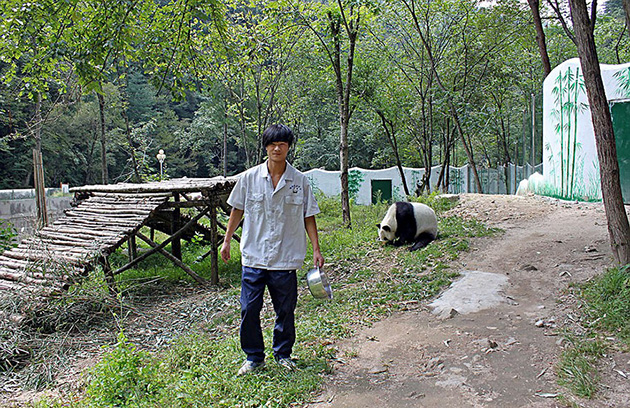 Visit Qizai when you are in China! 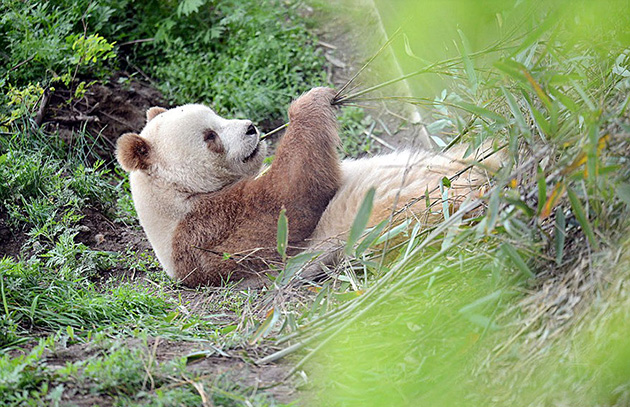 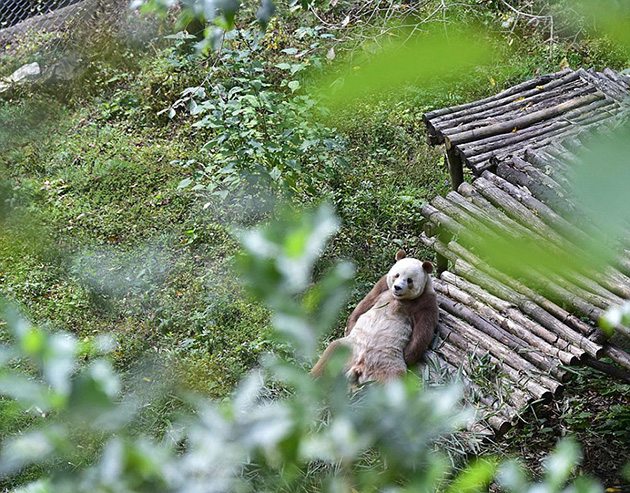 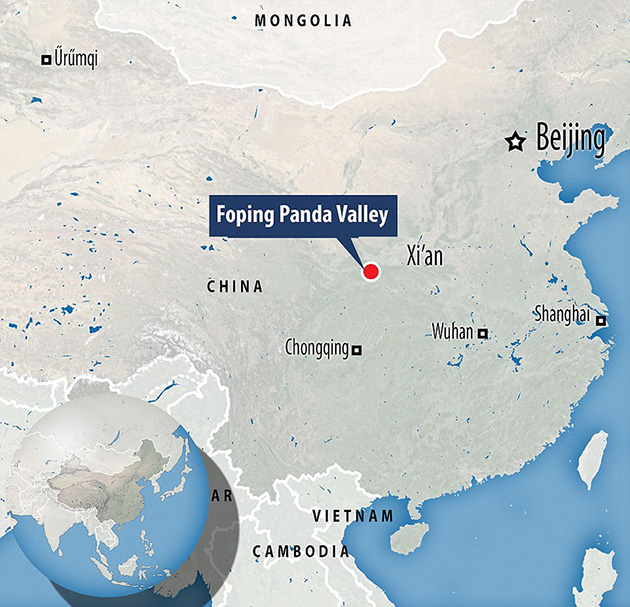