Textile artist Olek has gained a reputation for her crocheting artwork, which has previously seen her cover an old steam train and a statue of an alligator entirely with crochet. Now she has completed her next project – covering an entire two-storey house in Finland with pink crochet!

The house can be found in Kerava, Finland and it was completed by Olek and a team of assistants, with the hundred-year-old building being covered from top to bottom.

“Originally, this building, built in the early 1900s, was the home of Karl Jacob Svensk (1883-1968). During the Winter War 1939-1940, the family fled to evade bombs falling into the yard, but they didn’t have to move out permanently. In 2015, more than 21 million people were forced to leave their homes in order to flee from conflicts. The pink house, our pink house is a symbol of a bright future filled with hope; is a symbol us coming together as a community.” 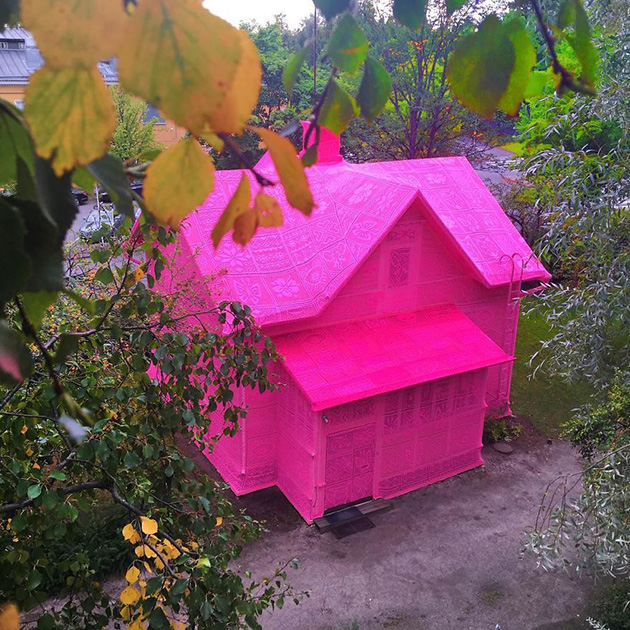 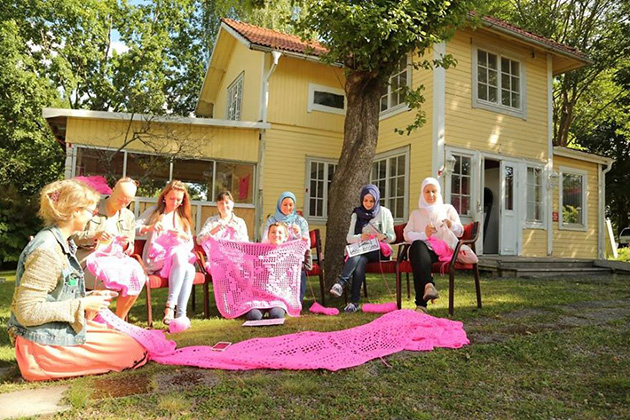 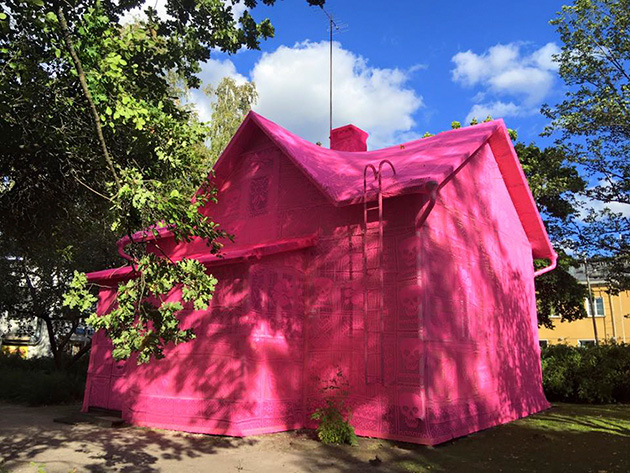 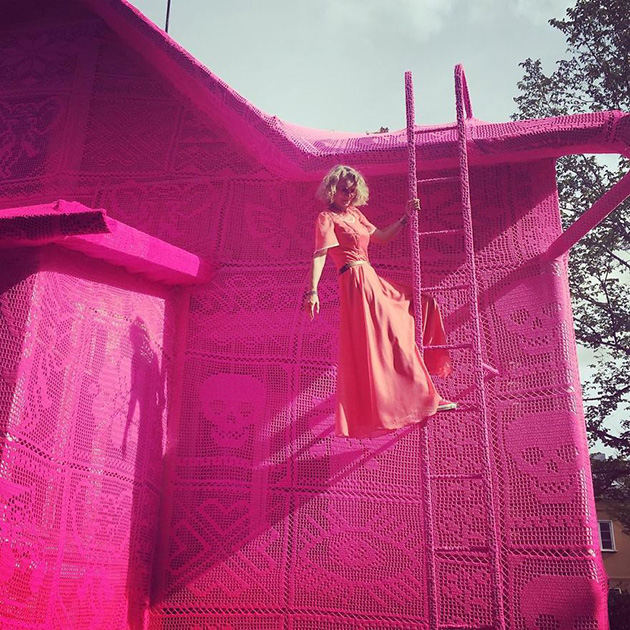 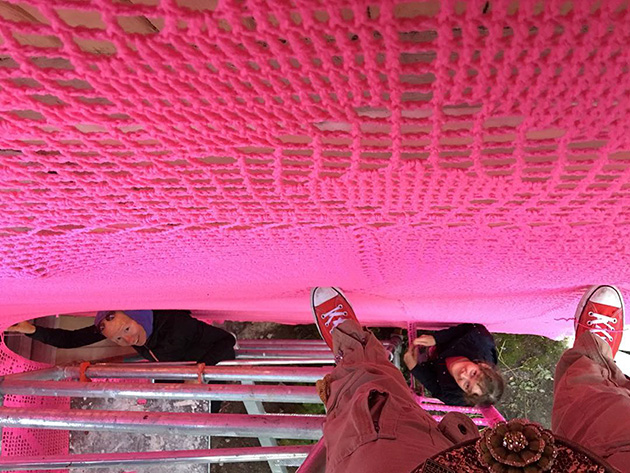 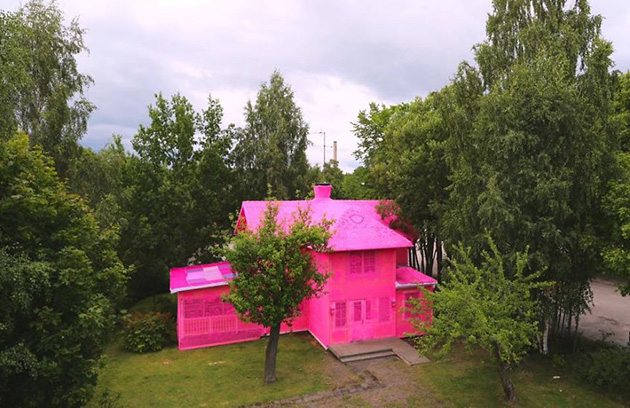 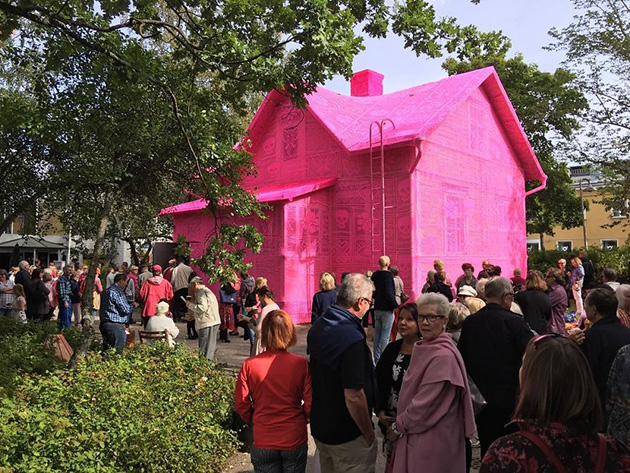 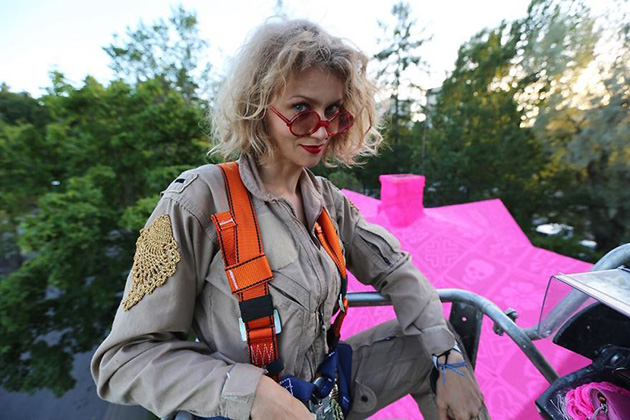