In April of 2017, an old fuel barge used by the Navy during World War II was sunk on purpose into the sea near the British Virgin Islands. On top of the ship was a giant steel kraken about 80 feet long. The purpose of this project, called BVI Art Reef, is to create a fresh coral ecosystem under the water. Not only that, but students and marine researchers can also study the ecosystem and learn from its evolvement. 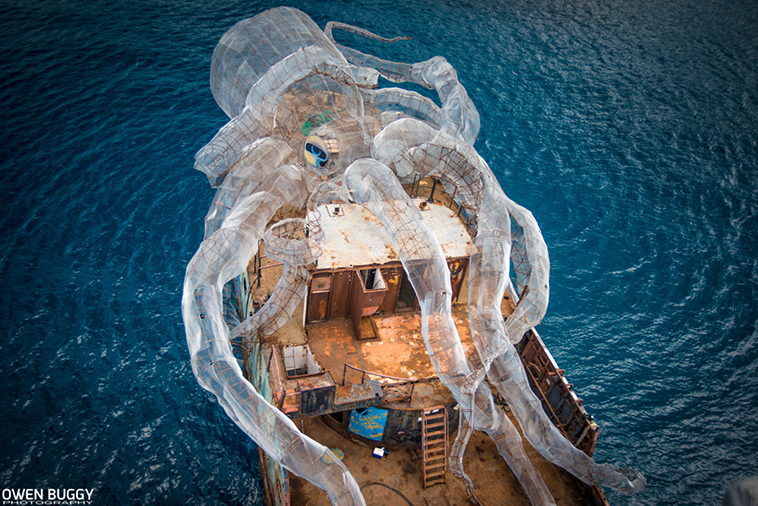 The purpose of the steel kraken is to provide the base for growing the new coral through the existing coral that was transplanted into it. The name of the fuel barge is “The Kodiak Queen.” A British photographer found the ship on Tortola Island about two and a half years ago. He collaborated with a former boss of his to start this eco-friendly project. Numerous organizations contributed toward this project, including Unite B.V.I., Secret Samurai Productions, Beneath the Waves and Maverick1000. Their goal is to help rebuild the coral marine species of this area which has been negatively impacted for quite some time. 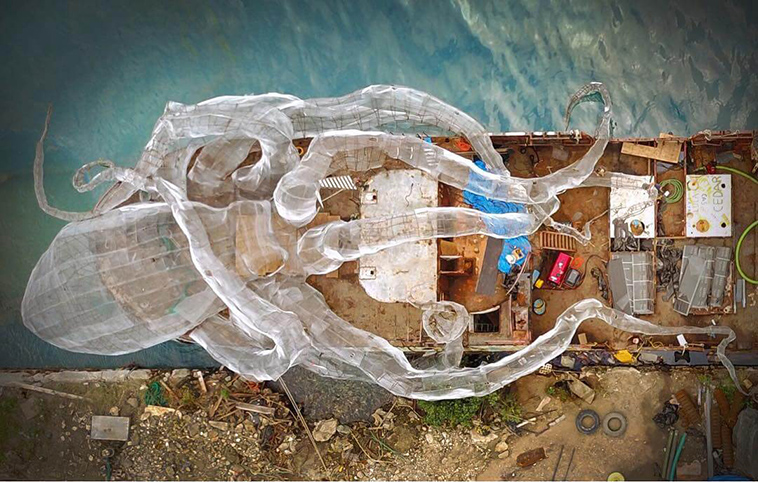 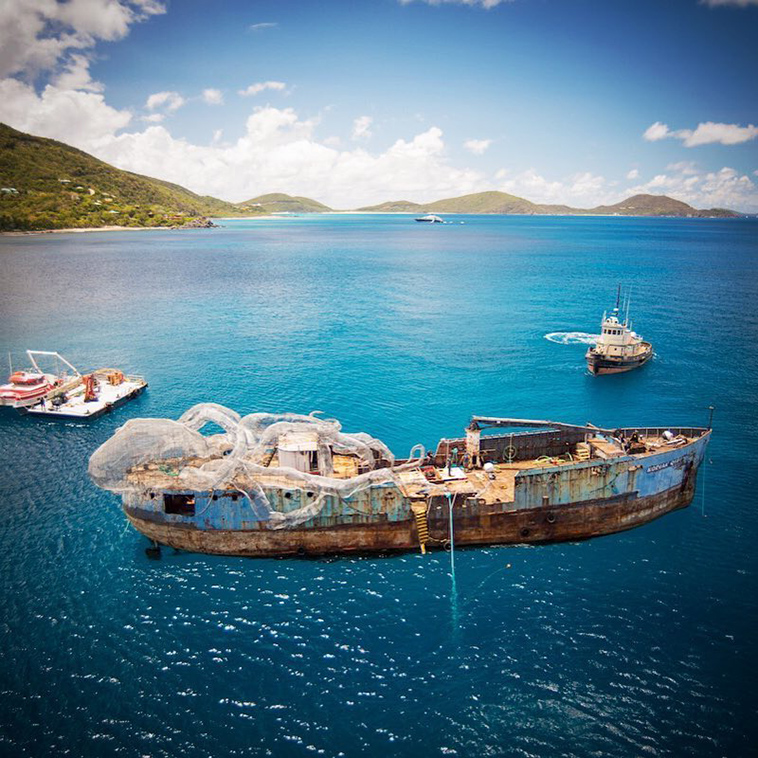 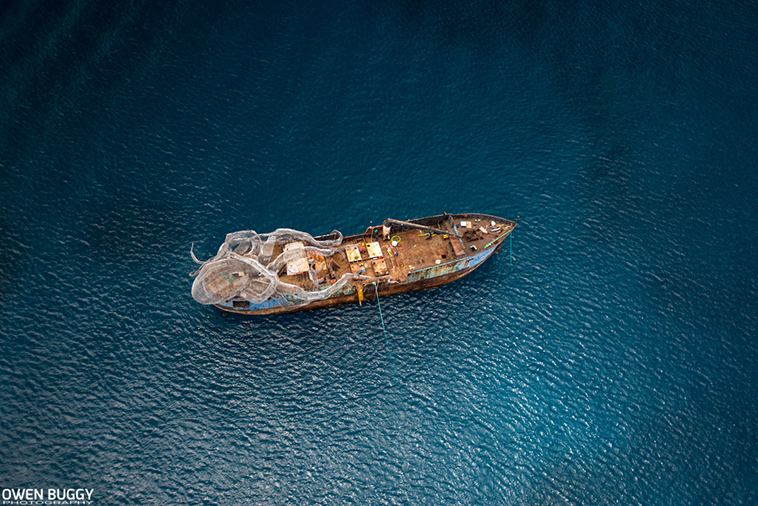 In order to sink this huge fuel barge with a steel kraken on it, they hired Commercial Dive Services to help them with this. The barge was successfully submerged near the coastal waters of Virgin Gorda island. 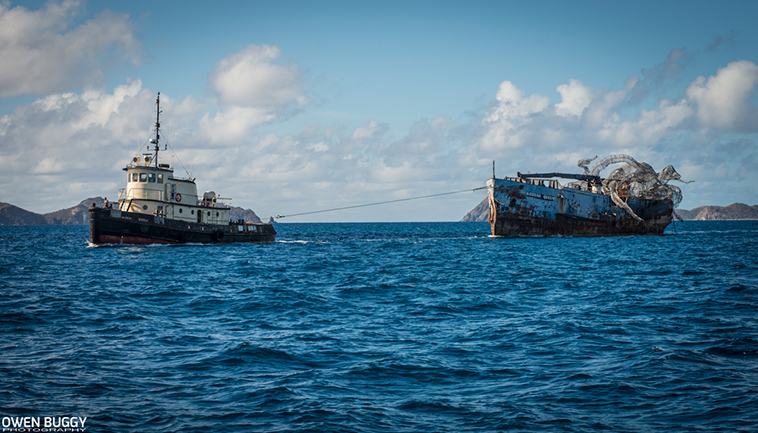 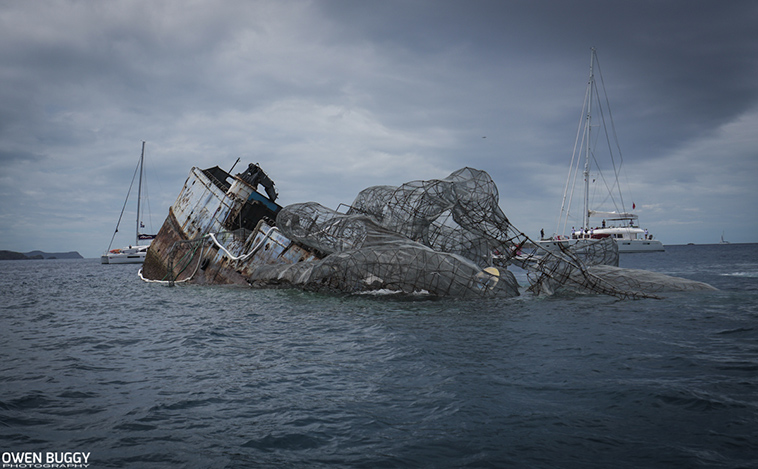 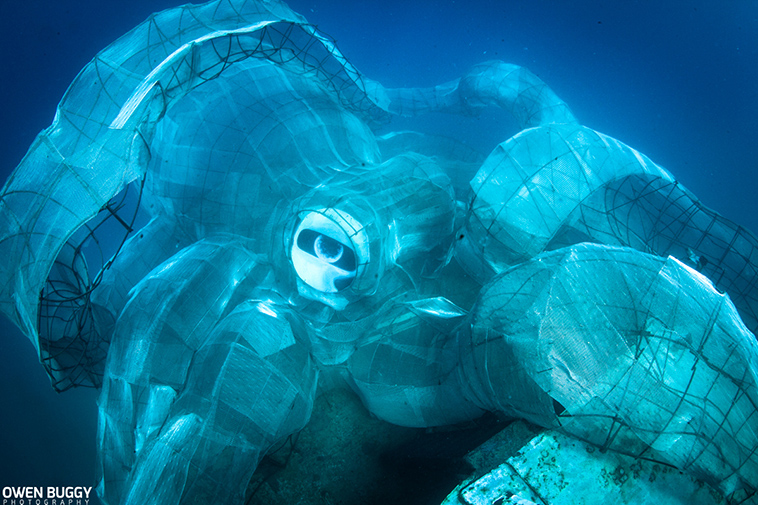 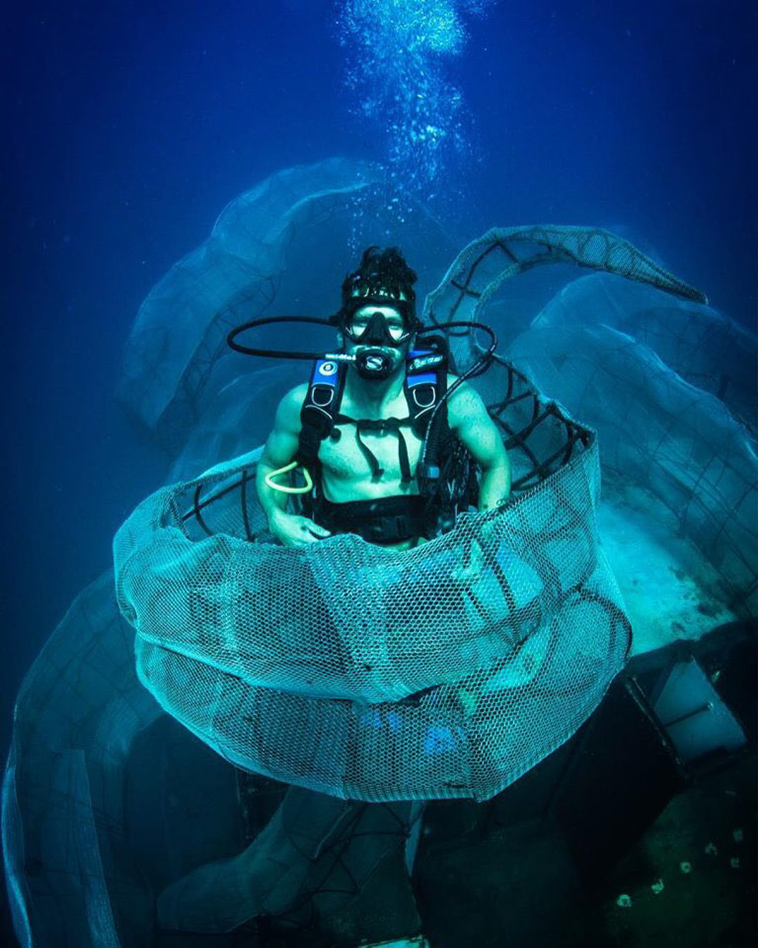 A documentary film was made on this project. It features the construction of the kraken and how it was installed onto the barge. It then shows how they were both sunk into the sea. The film should be released sometime this year.  You can watch a clip from the upcoming film below. For information on visiting the BVI Art Reef, and to learn more about its educational programs, visit the project’s website and Facebook.